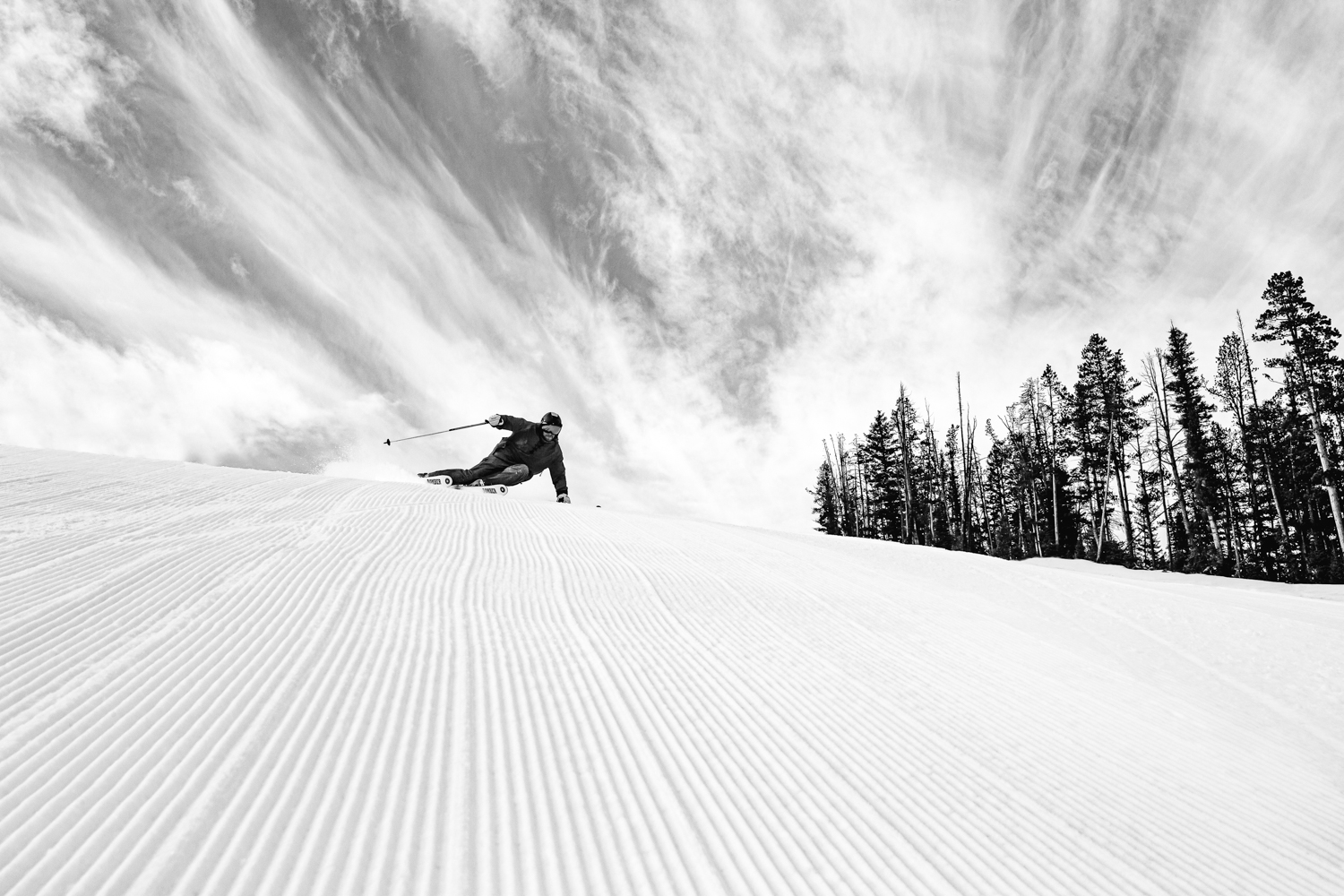 Here’s how the winningest alpine skier in U.S. history and Spanish Peaks Mountain Club member cruises around Big Sky with his family.

First Chair: As a kid, Bode would head to the ski hill in the dark and then hit repeat on the NASTAR course while the attendants looked the other way. It makes sense that the Miller clan are up early ready to ski. After grabbing a lift on Lewis and Clark with the fired-up kids, they’ll typically top out on Andesite before making their way to blast a few runs down Lone Moose. “Those are nice short pitches to get warmed up on,” says Bode. “They’re not too steep, but they’re ripping groomers.”

The Regroup: When everybody is on the hill—it can take time to gather the stragglers—the Millers regroup at the members only Spanish Peaks Yurt at the base of the Southern Comfort quad for hot chocolate and a warm-up. Southern Comfort opens up the skiing options with its summit unload atop Andesite Mountain. “The huge decks and the welcoming atmosphere around the yurt make it a great zone to stage from,” says Bode. “That’s key to skiing with kids.”

Burning Some Laps: “Most of the people that ride up the Ramcharger 8 from the Village tend to follow the fall line back to that area,” says Bode. “Instead of doing that, we put in the bulk of our skiing in the Thunder Wolf zone running groomers on Elk Park Ridge and skiing the short and steep pitches to skier’s right of the chair. The north facing stuff holds snow really well and the groomers are long and mellow.”

Lunch Like the Euros: When the Millers want a sit-down lunch, they head back down to the Spanish Peaks Clubhouse for a real meal prepared by chefs. “I really appreciate that luxury because I spent so much of my ski life in Europe, and that’s what the Europeans do. Everyone over there does lunch right with a glass of wine, pastas, and wood fired pizzas. It’s still not the norm in the U.S., but it should be. The Clubhouse also has amazing burgers.”

Powder Day: “If you can pull it off and get on the Lone Peak Tram, that’s the way to go. Lone Peak has the northern exposure and the steep runs. But for consistent powder skiing, I’ll go to the Challenger zone. That whole area collects drifts and you can find some trees if the light is bad. Later, when the frontside is hopping,  I’ll work my way back into Shedhorn and Dakota 3. You can still find untracked snow back there late in the day. My seven- and five-year-olds ski pretty hard. They like to go until last chair.”