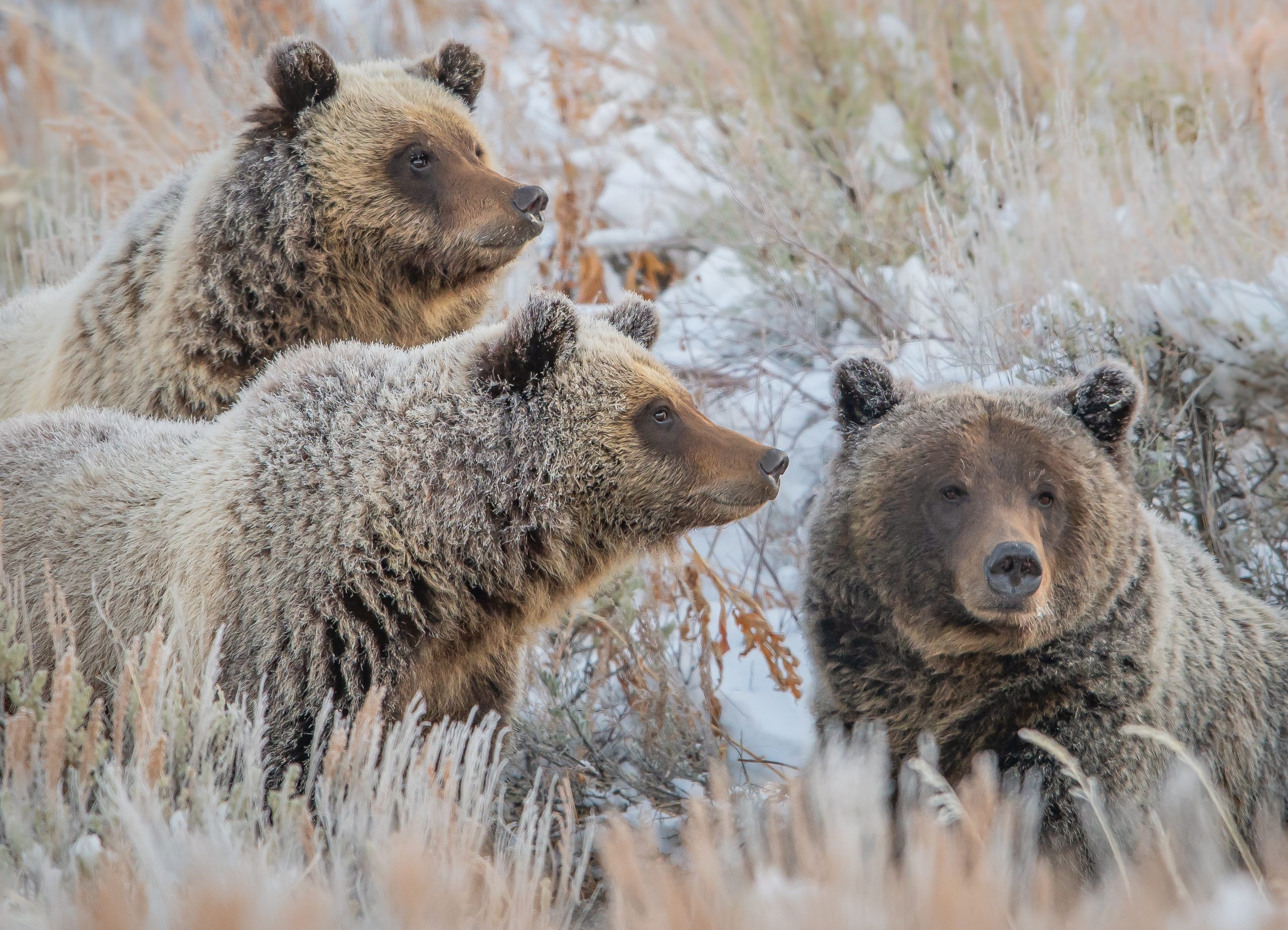 At 5 feet 2 inches tall, 110 pounds, Kris Inman was usually the first person in the black bear den. After she and her wildlife biology crew immobilized the mama bear, Inman, then in her 20s, would crawl in, immobilize the yearlings with a syringe, and then turn off her flashlight to wait for the medication to take effect. Lying in the dark, she’d listen as the sound of the bears’ breathing mixed with her own.

Not just a bear biologist, Inman, now 50, and her husband Bob performed groundbreaking wolverine research in the early 2000s. One animal they radio-collared was the only male ranging across 738 square miles between the Spanish Peaks, through Big Sky, and south to the Henry’s Lake Range. Their findings highlighted the importance of protecting (and connecting) high-elevation habitat for all wildlife. This is especially true in southwest Montana, which is surrounded by three of the most intact ecosystems in the U.S. Combined, the Greater Yellowstone, Crown of the Continent, and Salmon-Selway ecosystems offer hope that when private land acts as a connector between ecosystems, species thrive. In that sense, wolverines play the part of indicator species for ecosystem health. “If elusive wolverines are moving through a connected landscape, so are species that interact with us like grizzly bears, black bears, and elk,” says Inman.

But with people and wildlife sharing the landscape in those transition zones, conflict is inevitable. So in 2013, Inman helped launch the Bear Smart Big Sky Council, which aims to reduce human-bear conflicts. Today, 80 percent of Big Sky residences toss their garbage into bear-resistant trash cans, a 60 percent increase thanks to the council’s work. Meanwhile, partnerships with government agencies and a marketing firm led to bear spray training sessions at local events. There’s even a Bear Smart ambassador, Bernadette Bear, who can be found on informational signage around Big Sky.

“The one thing we know about bears is that they’re opportunistic and adaptive,” says Inman. “When cutthroat trout and whitebark pine were primary food sources for them, they used them. And as they’ve lost those, they’ve moved to other things. That could mean trash, hunter-killed ungulate carcasses, or backyard gardens. But loss of historic foods isn’t driving the increased interactions—it’s the combination of more people and bears on the landscape. We are so fortunate to be in a place and a time with grizzly bears successfully recovered in Yellowstone. But that recovery means they’re now pushing beyond those borders and spilling into places like Big Sky. Now is the time to up our game on figuring out what the social tolerance is for bears. It’s unfolding right now.”

“Outreach is harder than science because you have to empower people to be part of a movement,” says Inman, who, lest you forget, used to crawl into bear dens. “People need to know that there are tools they can use to stay safe and reduce interactions in a place as wild as Big Sky. If we all do our part, we can keep it wild for generations to come.”